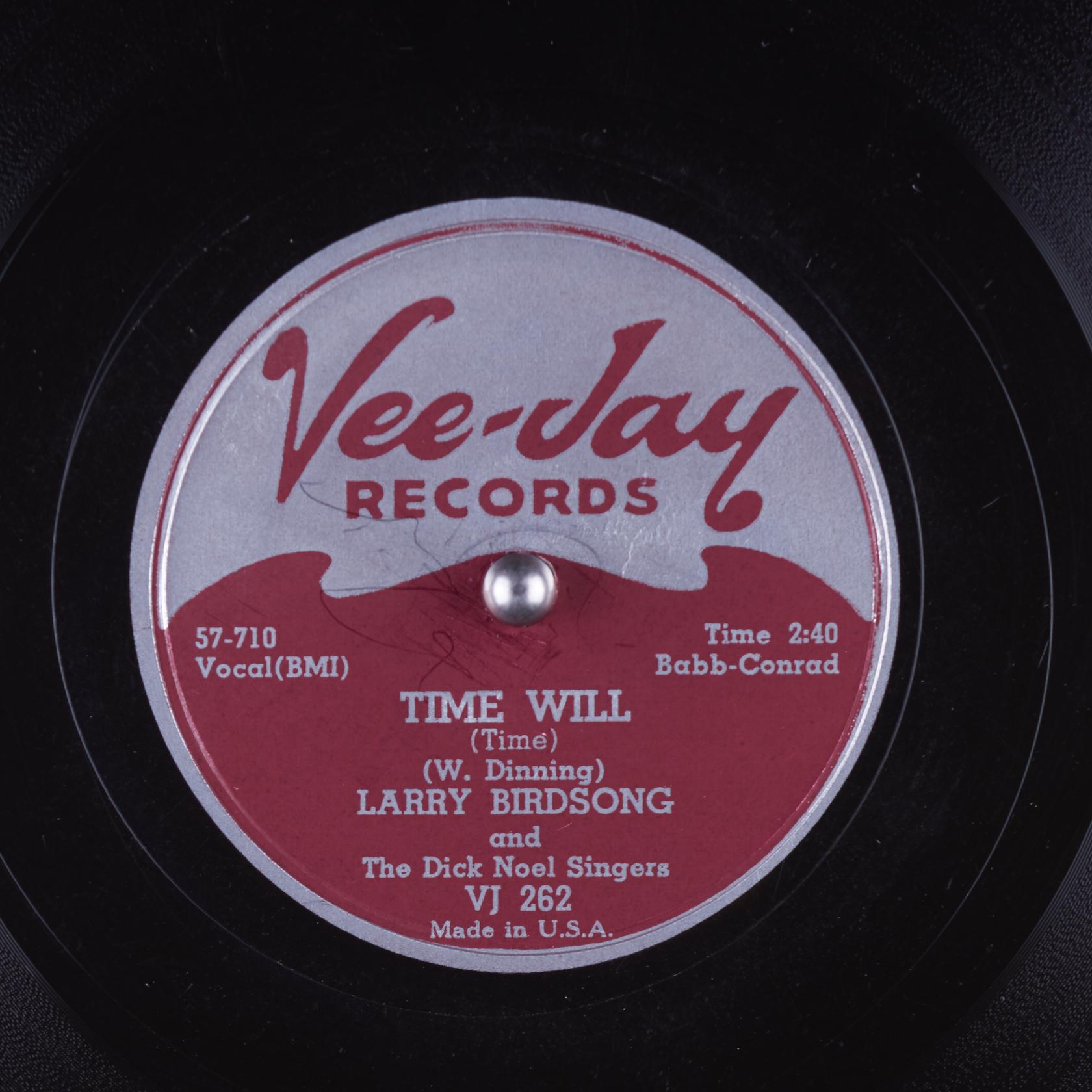 The recording on the other side of this disc: Oh, Oh, My Darling.

Reviewer: arc-alex-c - - July 31, 2018
Subject: Time Will (Time)
Nashville R&B singer Larry Birdsong has a hit with "Pleadin' For Love," released on the Excello label in 1956: https://www.youtube.com/watch?v=lOXAtyRT9EA He later recorded for Calvert, Champion, Vee-Jay and other labels but failed to produce any further chart success.

Date based on a review in Billboard: https://books.google.com/books?id=xR0EAAAAMBAJ&pg=PA46&lpg=PA46&dq=Larry+Birdsong+vee+jay+262+billboard&source=bl&ots=_qij3-ZLOR&sig=fWGLZPrRSyjLVBUijkq_SMtmY5M&hl=en&sa=X&ved=2ahUKEwi3j-bGj8rcAhVGx1kKHYT4D2gQ6AEwD3oECAUQAQ#v=onepage&q=Larry%20Birdsong%20vee%20jay%20262%20billboard&f=false